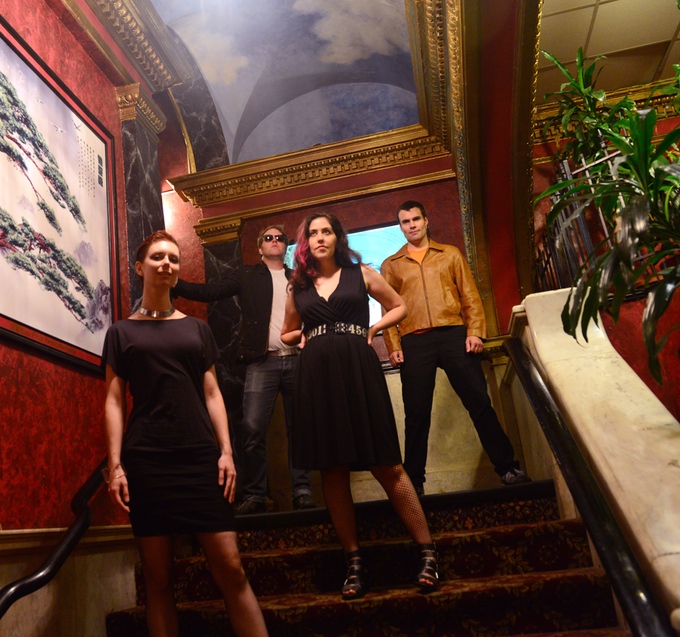 Synthpop is alive and well. Just ask Boston-based Freezepop, who exceeded their crowdfunding goal of US$30,000 in less than 24 hours to fund the development of their fifth studio album. Over 600 fans have already contributed to this worthwhile effort.

“Having been so, so long by today’s standards, we weren’t really sure what to expect,” said frontman Sean Drinkwater in an interview with Vanyaland.com. “I think we all wondered at some point during the prep for this campaign if maybe $30,000 was asking a bit too much of a scattered fanbase who hadn’t heard from us in quite some time. Well, we’ve been absolutely overwhelmed at the outpouring and all the lovely and kind messages in the last two days,” he added.

Freezepop needn’t have worried. Their last album, Imaginary Friends, was an incredibly strong effort, despite a lineup change. Plus, their songs are well-known standards on video games like Frequency Amplitude, Phase, and the Rock Band and Guitar Hero series. Plus. their live shows are a blast. I’ve seen them twice in Milwaukee, and it’s an awesome keytar-fueled riot every time they come to town.

On top of everything else, they’re some of the nicest, most fun-loving people on the scene I’ve met. Sean is frequently on Facebook, and always answers his fans. I spoke to Disco Marie Sagan after their show last fall at the Beer City’s Turner Hall about some of the group’s slower tracks like Swimming Pool and House of Mirrors, which I think are absolutely gorgeous songs. She admitted they had never played them live, but agreed to seriously think about it for a future tour.

The bottom line is that I can’t imagine a more deserving group to get this kind of reaction from its loyal fans. Their Kickstarter campaign isn’t over yet, either. Now that it has met its primary goal of $30K, they’re now offering stretch goals, which will include producing the new album on vinyl, issuing “bonus” releases of additional music, and potential collaborations.

To help support Freezepop, why not head over to their Kickstarter page and support their campaign now?

The band promises it won’t blow all the money on a bigger kiddie pool.