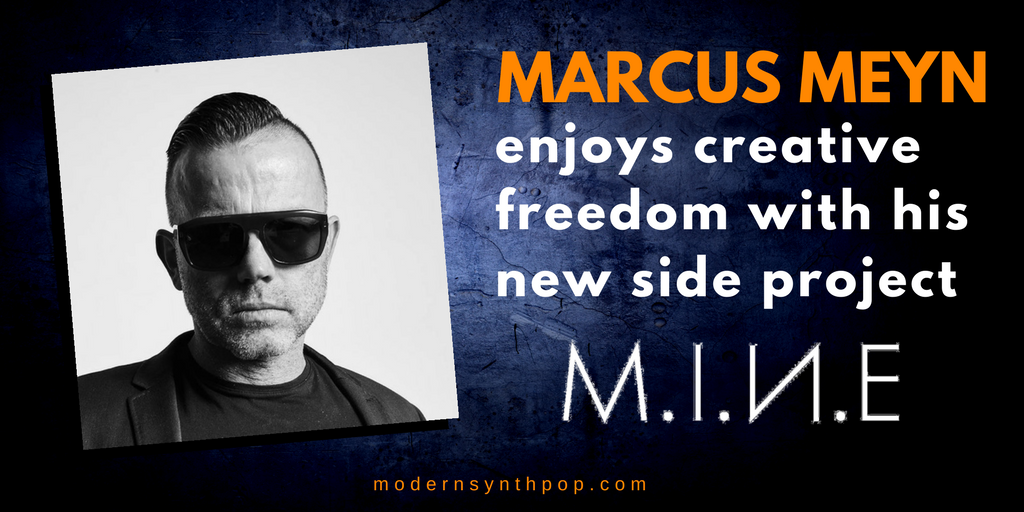 The Camouflage front man has teamed with two of the band’s road musicians to explore new, darker sounds.

Camouflage frontman Marcus Meyn recently announced a single from M.I.N.E, his new collaboration with Jochen Schmalbach and Volker Hinkel, both members of Camouflage’s live shows. Plus, four more songs are on the way in a month. I recently caught up with Marcus to learn more about this side gig and how its style differs from Camouflage. 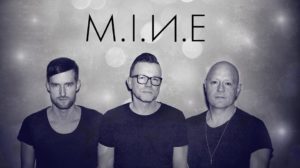 Chuck Frey: What made you, Jochen and Volker decide to form M.I.N.E? What was the defining moment when the three of you decided, “We MUST do this!”? Who approached whom?

Marcus Meyn: We are working together on this project since 10 years. I’m living with the idea since the 90s. It was impossible to give Jochen and Volker more input at Camouflage, so it was just a question of time when we start something else together. After Oliver and Heiko decided to have a break from the band, we decided to start M.I.N.E.

Frey: Is this a case where you had some musical itches you needed to scratch (metaphorically speaking) that couldn’t be satisfied within the established sound and style of Camouflage?

Meyn: It is fantastic how fast we can effectuate a new song. It is so much fun to try out things. With Camouflage it is much more difficult. As a write, it is not that much different, because I also wrote most of the songs for Camouflage, but the way we deal with the song is totally different and I like the easiness very much! 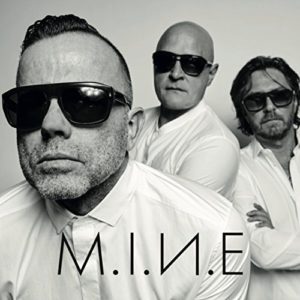 Frey: How would you describe the M.I.N.E sound? How does it compare to Camouflage’s signature style? (Grayscale was a brilliant album, BTW!)

Meyn: The sound of Camouflage is mainly dominated and defined by Heiko. At M.I.N.E it is Jochen’s world. He is an international producer and I love his style and sound. Jochen did “IF…” on Greyscale and I knew right from the beginning that this sound is the blueprint for M.I.N.E.

Frey: The M.I.N.E website mentions numerous creative influences. How did they work their way into your songs?

Meyn: It’s a question of freedom. Freedom to be open for everything! We don’t care if it’s political/musical correct, so i fit fits for a song, we use it.

Frey: How did you strike a balance between providing new music to the Camouflage fan base that sounds somewhat familiar, yet is different enough to satisfy your urge to do something more creative that may attract new fans?

Meyn: As I said, I’m not that much worried about the Camouflage fans, because I wrote most of the songs for the band in the past and our fans liked it. I always tried to write good pop songs but it’s not in my hands to reach new fans – I can only hope that potential new fans find the music through Facebook, Soundcloud, or Youtube by accident.

Frey: Were you able to explore as much of the musical territory you defined for M.I.N.E as you wanted to? Or do you still have more musical ideas you hope to express via this side project?

Meyn: I think the possibility to explore more new musical territories with M.I.N.E is higher than with Camouflage, because for Camouflage things are more restricted.

Meyn: The writing process is not that much different from before, because we’re not like a rock band where you meet at the studio to write songs. We write them individually and send them to the others, who add their ideas.

Meyn: Volker wrote a song called “Lemon Tree” which was a worldwide mega-hit. He also wrote co-wrote “End Of Words” on Greyscale. Jochen is mainly a producer and he has a great feeling for writing and finalizing songs with other writers. I love the different way we work and the different influences.

Frey: Do you think that these musical explorations will help you bring some fresh ideas to the table when you get together with Oliver and Heiko to write the next Camouflage album?

Frey: Let’s talk about The Things We’ve Done. Who did you invite to do remixes, or did you do them all yourselves? There’s a nice variety of styles from that single.

Meyn: We have three different mixes: the Synthpop Mixwork I heard on Facebook. The last mix is from Glen Nicholls and his actual project 9inerrors. He also did a remix for “Shine.” We’re very happy to have these mixes!

Frey: I noticed that The Things We’ve Done will be followed next month by an EP that contains 4 new songs. You’re not waiting a year to put out a full album. Do you believe that will create some good momentum for M.I.N.E?

Meyn: We are planning to release an album before summer. We originally tried to release the single last year, but we couldn’t finalize it earlier. We really hope to get momentum for M.I.N.E – the songs are great and the band is full of life.

Frey: What is the official release date of the EP?

Frey What’s next for M.I.N.E and Camouflage?

Meyn: We will play a lot of shows with M.I.N.E this year and finalize our album. There are no plans for Camouflage at the moment.