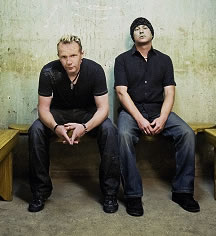 Mesh recently released a video in which Mark Hockings and Richard Silverthorn provide an update on their new album, which is due to be released in October, and preview the first single from it, Only Better.

It’s a very cool song, with all of the signature traits that made We Collide such an outstanding release – the driving beat, the lush arrangement and Mark’s distinctive vocals. Hearing this “teaser” makes me really excited to see what the rest of the album will sound like!

Only Better will be released as a single on September 4th – just a little over a month away. Very, very cool!