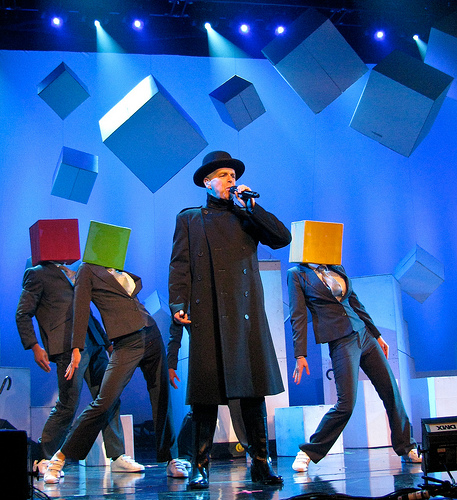 On Tuesday night, my sister and I went to see the Pet Shop Boys in concert at the Pabst Theater in Milwaukee. Despite the fact that they’ve been making music for over 20 years, I had never had an opportunity to see them live, so this was a real treat for me.

The show was amazing. PSB played an entertaining blend of old and new songs, including many of the classic tunes that I listen to regularly on my iPod Touch, such as Two Divided by Zero, Closer to Heaven, Left to My Own Devices and Kings Cross.

New tunes from the group’s latest album, Yes, released in March of this year, were also well represented, with the boys performing Did You See Me Coming, Love Etc., Building a Wall and More Than a Dream. Neal Tennant and Chris Lowe incorporated several interesting “mashups” into their performance, at one point starting off with the instrumental part of Disccoteca, seamlessly morphing into several riffs from Domino Dancing and then transitioning into a cover of Coldplay’s Viva la Vida. 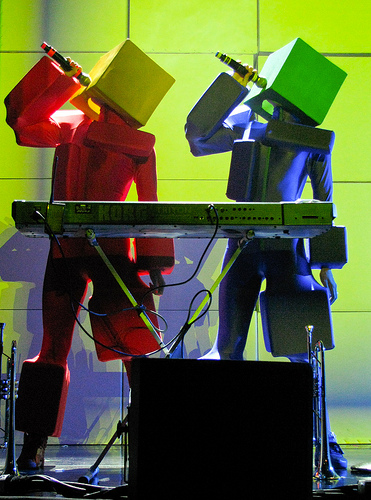 A Pet Shop Boys concert is not only an aural treat, but a visual one as well. Tennant and Lowe made multiple costume changes. The stage setup was amazing: A stark wall of giant white blocks, which served as both a prop and a projection screen. Four “cube people” – singers and dancers wearing cube heads and robotic-like outfits provided back-up vocals and entertained with well-choreographed dance moves. About a third of the way through the concert, the performers knocked down the wall, after which stage hands in white lab coats and hard hats periodically rearranged them into different configurations.  The motif was both simple and amazingly flexible.

The capacity crowd at this intimate venue was very enthusiastic, dancing and cheering for PSB classics like West End s, Go West and It’s a Sin. 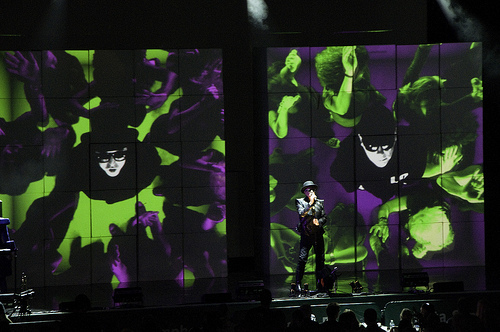 All in all, it was a stunning experience that was over too soon, and exceeded my expectations. In an age when many 80s new wave and synthpop icons are trying to recapture their now-middle aged audience, the Pet Shop Boys have confidently kept doing their own thing. Listening to this well-chosen retrospective of their considerable catalog in a span of 90 minutes was truly impressive!