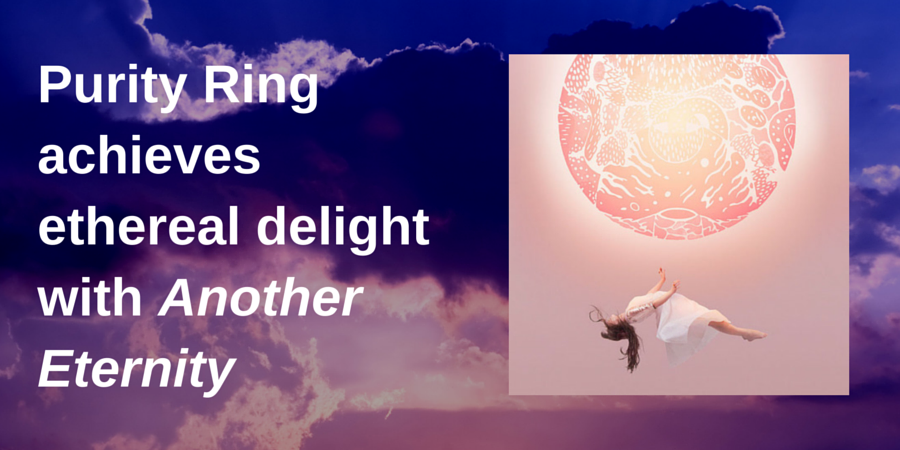 Purity Ring’s 2011 debut album, Shrines, was too experimental for my tastes. But with Another Eternity, its sophomore release, Megan James and Corin Roddick have struck gold with a formula that perfectly blends highly melodic arrangements, quirky synths, drum machine beats and Megan’s waif-like vocals into a scintillating set of 10 awesome tracks.

The production on Another Eternity is first rate. Each instrument and Megan’s voice stand out clearly, unlike some synthpop groups, where the vocal gets muddied behind a wall of production. The songs sound lush yet crystalline, if that makes sense. The effect is really quite stunning, whether you are listening to Another Eternity on headphones or speakers.

Many of the songs are ear worms – they continue to play in my head hours and sometimes days after I have listened to them – a mark of outstanding songcraft.

A great example is Begin Again, which is the fist single from this impressive album. Corin’s soaring synths alternate with Megan’s delicate, expressive voice. This well-written song also features a powerful chorus and a handful of synthesized voice effects that enhance the arrangement without feeling like they were bolted on as an afterthought. Everything is perfectly in place.

Other stand-out tracks include Stranger Than Earth, Dust Hymn, Flood on the Floor and Sea Castle. The last track contains an epic chorus that is simply amazing.

If you’re a fan of groups like CHVRCHES and Hive Riot, chances are you’ll fall head over heels in love with Another Eternity. It’s simply THAT good!

I can’t wait to see what’s next from Purity Ring. I have no doubt it will be amazing!