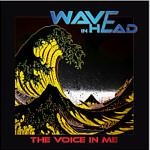 Michael Pohl, a.k.a. synthpop veteran Wave in Head, is back with a new album, The Voice in Me, that should delight any fan of densely layered electronic and vocal synthpop arrangements.

The Voice in Me, Michael’s long anticipated fourth album, contains an intriguing and enjoyable variety of mid-tempo songs and ballads. Great song writing, crisp production and delightful arrangements, as we’ve come to expect from this talented synthpop pro.

One of Michael’s strengths has always been his amazing voice, and I’m pleased to report that it’s in top form on The Voice in Me. Whether it’s providing propulsive emphasis on a faster number like Against My Life or softly floating above subtly crafted electronic and drum machine beats on a ballad like Mit Dir, Michael’s voice has got to be one of the best in the world of modern synthpop music.

Here are a few highlights from The Voice in Me:

Against My Life: An enjoyable mid-tempo song with a strong beat and awesome harmonies. Nice, ethereal outro – something new that I haven’t heard in past WIH albums.

Gone: A likable ballad about love and loss that contains lots of playful electronic blips and beeps.

Dieser Tag: A bright, mid-tempo German language song in which the synth line plays counterpoint to Michael’s crisp, engaging vocals. As much as any song on the album, Dieser Tag draws attention to it’s superb production. Vocals, synths and bass line played in my headphones with astounding clarity and warmth, never sounding muddy or indistict. There’s a surprising balance between electronic precision and warmth that is quite admirable and all too rare.

As If: A slow, atmospheric song that sounds very orchestral in places. It’s a very different style for Michael, almost an ambient song. But it works well and adds variety to this excellent album.

Lead the World of Mine: A dark, dramatic number with ominous-sounding synths and punchy vocals rising above the sea of darkness. Impressive!

Mit Dir: This ballad starts out with a drum machine and Michael’s haunting, melodic vocals (singing in German) and slowly builds, adding a violin-like synth line and a few other instrumental touches. Mit Dir’s minimalist arrangement is just right; Michael’s vocals provide the only drama in this stripped down, haunting arrangement.

What’s nice about The Voice in Me – and most of Michael’s music, for that matter – is that it always seems to hit the perfect blend of experimentation, but without straying too far from the trademark Wave in Head sound. That keeps it interesting from one album to the next.

If you’re a Wave in Head fan, then The Voice in Me is a must-add to your collection. If not, then I heartily recommend this album as a point of entry into Michael’s impressive body of excellent synthpop music. You can pick it up from a number of online retailers, including Michael’s label, A Different Drum, as well as iTunes.

You may also want to check out The Voice in Me single, which features the album version of its namesake song plus two remixes and – best of all – an older tune that Michael has performed live but which apparently has never been released, Suddenly. This track really showcases Michael’s ability to craft dramatic arrangements and stunning vocal harmonies. An outro for Suddenly rounds out this release.