2016 was a remarkable year for the world of modern synthpop. Several of the best known and beloved groups in the genre produced what is arguably their best work ever. Other established synthpop groups produced engaging work that surprised and delighted the senses. Finally, the vibrancy of modern synthpop was assured by a steady stream of talented newcomers, who I love discovering, writing about – and sharing with you!.

Last year at this time, I shared with you my picks for the top 10 synthpop albums of 2015. At the time, I wasn’t sure if that wonderful selection of music could be topped. But it was! 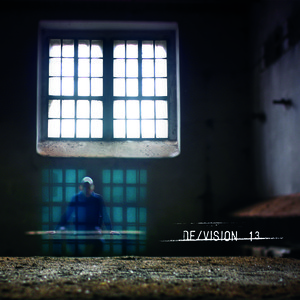 DE/VISION set a new high bar with its 2016 album, 13 – so named because it is the 13th studio album the group has produced in its 20+ year career. The sounds of 13 are polished yet quirky, and are an absolute joy to listen to. Bravo to DE/VISION for producing what is quite possibly one of the best albums of their long and storied career. The songs of 13 are worthy additions to the duo’s incredible body of work.

What’s new? Deeper song lyrics that tell stories about the human condition. Guitar riffs in a number of songs. Even more lush arrangements, with an above average number of neat sound effects, blips and noises. Yet nothing seems forced. It all blends together in perfect harmony, a tribute to Steffen’s skills at constructing and producing intriguing and entertaining soundscapes. The sounds of 13 are polished yet quirky, and are an absolute joy to listen to (click here for my full review of 13).

Favorite tracks: Who Am I, Essence, Starchild, Gasoline. 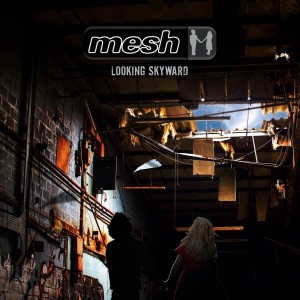 Mesh’s new album, Looking Skyward, is an awesome collection of well-composed and arranged synthpop songs that will have you singing along and bopping your head in no time. It’s a worthy follow up to the critically acclaimed and commercially successful Automation Baby, which was released in 2014, and another brick in Mesh’s incredible body of work.

Looking Skyward is among Mesh’s best albums in recent memory. It’s exciting to see Mark Hockings and Richard Silverthorn trying to stretch in new directions, while building on the sound and style that brought them to the point where they are – as one of the pre-eminent bands in the world of synthpop. Their spot at the pinnacle of this genre is well-deserved (click here for my full review of Looking Skyward).

Favorite tracks: My Protector, The Last One Standing, Iris, Runway 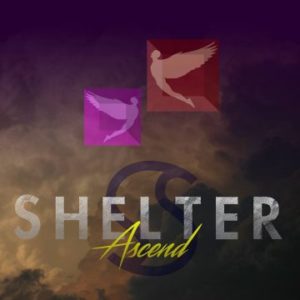 Imagine a combination of Daily Planet and Erasure, and you’ll begin to approximate the vocal stylings of Shelter, a UK-based duo I just learned about a few weeks ago. Their songwriting encompasses a stunning variety of song styles; from tender ballads to dance floor fillers, there’s a little bit of everything here, beautifully and meticulously arranged for your listening enjoyment. The title track, Ascend, is simply gorgeous!

Doing a bit of online research, I learned that the duo of Mark Babb and Rob Bradley collaborated with Andy Bell on his 2014 solo project, iPop. This influence is easy to hear in Babb’s vocal style on Ascend, as he adopts some of the vulnerable, unrequited stylings that Bell has cultivated as a key element of Erasure’s signature sound. Babb never veers too close to imitating Bell’s style, but it’s clear that Ascend will appeal to many latter-day Erasure fans. I can’t wait to see where Shelter goes from here! 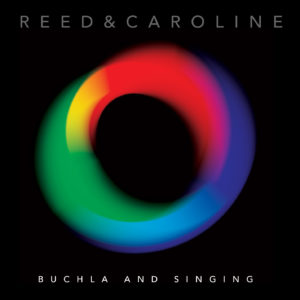 This album is one of the big surprises on this top 10 list. Until a month ago, I had never heard of Reed & Caroline, much less a Buchla. It turns out the latter is an obscure modular synthesizer that is almost impossible to learn how to use. In fact it’s so difficult that Vince Clark (DM, Yazoo, Erasure and one of the most ardent collectors of synthesizers you can imagine) bought one, gave up on it and promptly sold it (in this video, Clarke interviews Reed Hays of R&C at length about this unique electronic instrument). After a friend played Reed & Caroline’s music for him, he was so impressed that he signed them up to his record label VeryRecords (which describes itself as “a very small record label dedicated to releasing very fine electronic music”).

At times, Reed & Caroline remind me of Freezepop, because of their penchant to take obscure topics and points of view for many of their songs (e.g., a washing machine, a molecule, a happy little raindrop falling from the sky and a caterpillar exploring a French restaurant after hours). But this talented duo takes synthesizer-based music to places I’ve never heard of. Yet it never crosses the line into being twee. Each song is thoughtfully composed and Caroline’s voice blends with it in a heavenly fashion. Quirky? Yes. Fun to listen to? Unquestionably! 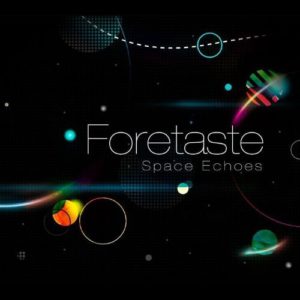 Space Echoes, the recently released album by the über-talented French synthpop duo Foretaste, is an elegantly crafted masterpiece – perhaps their best work ever! Judging by the name and the cover art, you would assume that this is a trip into outer space by way of synthpop. But the subjects of this set of songs have more to do with the spaces between us, and the loneliness caused by our estrangement.

It’s been a real pleasure to watch the evolution of Foretaste. They just keep getting better and better, weaving audio synthetic tapestries that amaze and delight. Just like a signal in space will goes on forever, because there’s nothing to slow it down or stop it, these songs will resonate in your mind long after you have stopped listening to them. Kudos to Lover_XX and Lover_XY – Space Echoes is a masterpiece (click here for my full review of Space Echoes)!

Favorite tracks: Lost in Space, Falling Babylon, I Know Where to Find You 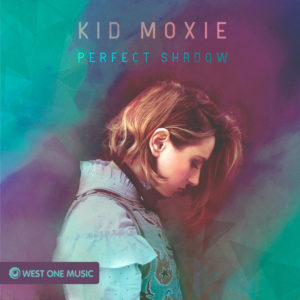 Technically, this is an EP, not an album. But it’s so good that I just had to include it on this list. During the last several years, I’ve listened to tracks from Kid Moxie, but nothing ever caught my ear. Her new EP, Perfect Shadow, on the other hand, is stunning! Between the cinematic arrangements, her clever lyrics and crisp production, Kid Moxie has a real winner on her hands. I love it!

I listen to a lot of synthpop, from both emerging and established artists. A lot of the new stuff really isn’t very good. But I’m willing to dig through a lot of so-so tunes to find a gem like Perfect Shadow and Kid Moxie. She perfectly blends lyrical storytelling with arrangements that are uniquely her own (click here to read my full review of Perfect Shadow). 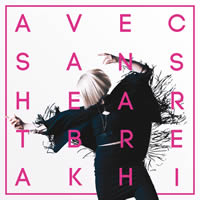 One of the great pleasures of writing the Modern Synthpop blog is exploring new music. From time to time, I discover artists who stand head and shoulders above their contemporaries. I’m happy to report that Avec Sans is one of those groups. Their recently-released debut album, Heartbreak Hi, is a delight and a promise of even better things to come.

This talented British synthpop duo combines the crisp, multi layer protection talents of Jack St. James with the truly remarkable voice of Alice Fox. I can’t say enough about her highly expressive voice. From sensually whispered croons to punchy choruses and everything in between, her voice draws you into the music with a siren-like appeal. Fox’s lovely voice and St. James’ polished production mesh perfectly in their well-crafted songs, creating a rich tapestry that is a delight for the eardrums.

Favorite tracks: Even the Echoes, Heartbreak Hi, When You Go, Mistakes 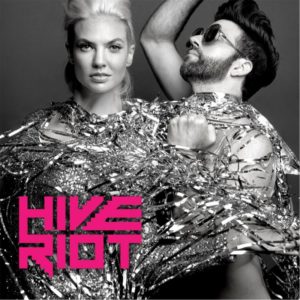 Hive Riot is another one of those wonderful synthpop surprises. A debut album from a male/female duo from LA blends upbeat, quirky songwriting and synths with a glam attitude. But instead of coming off as contrived, they actually pull off a pretty impressive debut album with some sparkly upbeat songs that are a lot of fun to listen to.

Mindy Gledhill’s voice is heavenly; arranged with Dustin Gledhill’s quirky, poppy synths, the combination is a treat for your eardrums. In November, the duo’s self-titled debut album was named as “Best Album” in the Pop Category at the Independent Music Awards. This honor is well deserved – congratulations! I can’t wait to see what comes next in the synth-fueled party that is Hive Riot!

Favorite tracks: Kiss My Lips You Fool, Hearts, So I Dance, Sherlock 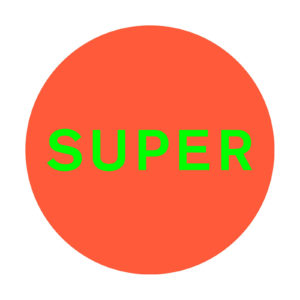 For the last decade or so, I’ve held Pet Shop Boys at arm’s length. I loved their earlier work, but just never connected with most of their newer albums – until now. Super is, in some ways, a nod to the duo’s rich past, but without slavishly trying to recreate it. PSB is at its best when it’s using song lyrics to tell a story.

A case in point is “The Dictator Decides.” In it, a man laments having follow in his father’s footsteps to become the dictator of a totalitarian regime – a job for which he lacks any heart. He wishes rebels would take over the government, so imprisoned dissidents and citizens could finally go free. Meanwhile, sharp drum machine riffs recall jackbooted soldiers marching through the streets, interspersed with the subtle sounds of machine gun fire. It’s a stunning track! 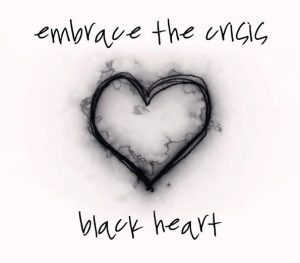 This new album is a late edition to the top 10 list, after The Electricity Club praised its stripped-down DM-like sound and exceptional arrangements. I gave the album a listen, and I must say, I’m quite impressed.

Imagine a lead singer with a vibrato not like David Gahan but Martin Gore. Then add in spartan, sultry arrangements – sometimes only the vocal, a solitary synth line and some quirky drum machine effects – delivered in bluesy style, a la latter-day Depeche Mode. I was immediately hooked on Embrace the Crisis’ stripped-down approach to synthpop – the antithesis of the heavily layered, orchestral arrangements I usually hear in this genre. Embrace the Crisis calls it ambient synthpop.

In my opinion, it takes some major cojones to simplify and de-layer your songs so there is something visceral and essential about what’s left. There’s nowhere to hide – every note has meaning. It would have been far easier to use ProTools or Ableton to partially hide this essence under layers of production. But that’s not the route that this brave Dublin-based quartet has decided to take – and we’re so much richer for it!

Favorite tracks: Black Heart, Bite the Hand that Feeds, Lookin’ Around, Driven Away 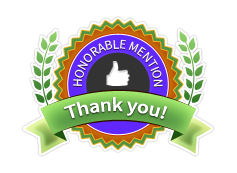 There has been so much excellent synthpop music published in 2016  that I decided to name another nine albums to a new Honorable Mentions list. I encourage you to check out this cornucopia of wonderful electronic tunes!

What modern synthpop albums amazed and delighted you during 2016? Please share your thoughts and recommendations in the comments below. I look forward to hearing from you!